How to Have Difficult Conversations With Your LDR Partner 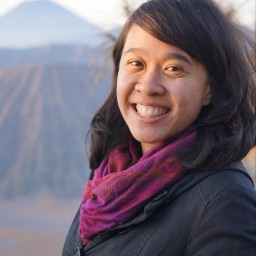 Like any other adult relationships, there are several stages in an LDR. Normally, your relationship will get more serious after a couple of months once you have passed the honeymoon stage.

This is where you start to discuss more serious things. There are common sticking points in LDRs—when will you close the gap, who is playing for that flight. It’s also important to  think about how you would settle a communication routine between the two of you. Even though it sounds simple, sometimes one needs to make sacrifices in order for the two of you to be able to have a communication routine. Ultimately, one of you need to move to close the distance, and sometimes the discussion about it is not going to be easy.

To me, those are some of the most common sticking points in an LDR. They are not the easiest topics to be discussed, especially when distance is involved. So here are five tips on how to have difficult conversations with your partner to help you reach an agreement and move forward with your relationship.

Set Aside Your Emotions

Most times, the sticking points are also sensitive topics to be discussed. Remember that you are not in honeymoon phase where everything seems to be lovely anymore. As two adults, it is normal for the two of you to have different wants and opinions. But it is really important to set aside your emotions and discuss the situation with a clear mind.  In this case, being emotional does not help at all. In fact, it will only make things more complicated.

Take my story, for example. The first time I had a serious discussion with my man was when we needed to agree on our next meeting. For some reason, I knew that it made more sense for me to visit him, not the other way around. But still I found it hard, at first, to not be emotional. When I was full of emotions, I could not think clearly, and it only made the situation worse. Even though eventually we settled things for our next meeting, I had to learn it the hard way. Don’t make my mistake. Remember to set aside your emotions when discussing the common sticking points with your significant other.

Use a sensible tone when having a discussion. Remember not to raise your voice even if you feel like you don’t agree with him or even if you think he is annoying. It may sound simple but trust me it is easier said than done.

By being considerate, you two can have a more fruitful discussion and reach a better agreement.

Be On One Team

In the end, whatever decision you agree on is going to apply for the two of you. It is not about what is best for you or your significant other, but it is what’s best for you as a team that is what matters.

Keep this in mind so when you have the discussion you can decide what’s best for the two of you. After all, being in any relationship, especially an LDR, is about having a common goal.

Just relax and give it time. The least that you want is to have a forced agreement. I think it is better to discuss it little by little before finally reaching an agreement because these things need careful considerations.

I mentioned in my last point that it takes time to reach an agreement when discussing these common sticking points. I think it is also important to find a perfect time to discuss it with your significant other.

I tried initiating a discussion about moving during our daily conversation. I have been thinking about it all night, and because of the time difference,  the earliest I could talk about it with my man was later in the day after I came home from work. For me, it was the perfect time: I finished everything that I needed to do, and it was my time to relax. But I missed the fact that it was in the morning where my man lives. He was preparing to go to work, and, obviously, it was not the best time to talk about a thing that serious.

Nowadays, we try to set a specific time every time we want to discuss something serious. The discussion mostly happens during our leisure time, when we are both comfortable. That way we are relaxed and can put our thoughts on the discussion.

Reaching an agreement between two individuals are hard, especially in LDRs where distance is involved. Hopefully, the tips I mentioned can help you in reaching a better understanding on how to discuss the common sticking points in your relationship.