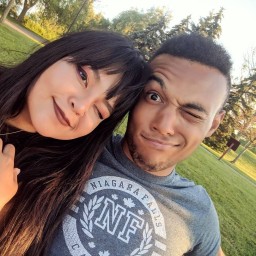 Michi lives in Ontario, Canada, where she dreams about closing the distance with her long-distance boyfriend, Cruz, who lives in Florida. She writes about the ups and downs of long-distance dating on her website, bummyldrcouple.wordpress.com.

Having distance be a part of my first relationship wasn’t easy. It was like skipping the tutorial and all of the levels in a video game to go head to head with the Boss. A long-distance relationship requires 10 times more effort, trust and communication than a regular relationship. I wish I had had someone to give me guidance on what to do or what not to do in a relationship, much less a long-distance one.

That’s why I’m here: to give you the basics of what I’ve learned about the seven deadly mistakes that could potentially end your long-distance relationship.

Constantly comparing your relationship with other people’s relationships only makes your partner feel horrible for not being able to give you what you want in the relationship. Be thankful for what you have, and understand that you’re not the only one dealing with the distance—your partner is, too.

Being intimate with another person

Obviously don’t “Netflix and chill” with another person. But what might not be so obvious is that you can cheat by being emotionally intimate with someone. There will be times when you might not have much time to spend with your significant other on romantic Skype dates. But that isn't an excuse fill that void with the attention of another potential love interest. Your significant other might still consider that cheating, even if nothing sexual was involved.

Letting your relationship get boring

Because there are oceans between you and only technology to bridge the gap, boredom can silently creep into a long-distance relationship. Sure, the first few weeks were lovely—you had so much to talk about as you were getting to know each other—but a common problem that people in long-distance relationships face is running out of things to say. Don’t constrain your relationship to just texting. Be creative, and find new ways to spend time together.

Not communicating or listening properly

During conflicts, some people run their mouth and don’t listen while others stay quiet and don’t talk at all. Both are bad. For one, if all you’re doing is blabbing your mouth, then you’re not being respectful of your significant other’s feelings and what they have to say. On the flip side, if you’re just sitting there not expressing your feelings, then not only will nothing be resolved, but also those feelings will probably be bottled up and will explode on another day. Learn how to handle conflict even when you’re 1,000 miles apart.

Being in love with the idea of love

You need to know that there will be ups and downs in your relationship. You are both human with your own personalities and flaws. There will be times when you mess up, and other times when they mess up. There will also be times when your significant other is going through a rough time, so they won’t be able to be as romantic or attentive to you. It’s important that you are in love with them and not just the idea of them.

Why bother being in a relationship if you’re not willing to put time into it? A relationship is a commitment, and you can’t neglect it and expect your relationship to live. On the flip side, you cannot spend every hour, every minute or every second with your significant other—no matter how much some of us might want to. Make sure you talk at least once every few days, and plan your Skype dates ahead of time so you’re on the same page.

Denying that you’re wrong and not taking responsibility

No one said swallowing your pride was easy. But think of it this way: Is protecting your own pride worth losing your relationship? By repeatedly denying that what you did to your significant other was wrong, you are belittling them and invalidating their feelings. Acknowledge that you hurt them, and apologize. (Your apology shouldn’t include the word “but.”)

Michi lives in Ontario, Canada, where she dreams about closing the distance with her long-distance boyfriend, Cruz, who lives in Florida. She writes about the ups and downs of long-distance dating on her website, bummyldrcouple.wordpress.com.