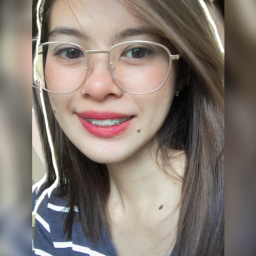 Aika is studying journalism at Polytechnic University of the Philippines. She writes about her life—and her long-distance relationship—on her website, memadamoiselle.wordpress.com.

Long-distance relationships are hotbeds for conflict. Doubts, misunderstandings, jealousy, prompt judgments, even missing each other can ignite an argument. Petty things turn into big deals, and conversations turn into conflicts.

Although conflicts are often thought of as negative, couples who work through their problems strengthen their relationship.

Every couple experiences conflict. Even when you close the distance, you will always have to work through your problems. Don’t let the distance get you down. Here are some ways to deal with a conflict when you’re 1,000 miles apart.

Navegación rápida
Pull yourself together
Ask questions, and listen carefully
Admit you were wrong
Forget past grievances

When an argument starts, don’t hang up the phone or sign off Skype. Take a deep breath, and decide if you need to take a break until you feel calm. Sometimes when I’m really upset, I get clouded by my emotions. During an argument, I’ll speak too quickly and say something I can’t take back. And once you let your emotions get the better of you, it’s only going to go downhill. Instead, you and your partner might need to take a break in the middle of a disagreement. Disconnect for up to 20 minutes, and take time to calm down. Breathe in and out slowly. Close your eyes for a while to figure out what you’re really thinking and feeling.

Good communication strategies are key when you’re both fired up. Ignoring each other isn’t going to solve anything. Either is yelling, insulting or upsetting your significant other. In my long-distance relationship, we tend to turn arguments into competitions over who is more right and who is more wrong. This never works. Don’t let your conflict be a debate.

Instead, have a discussion. Ask questions that will allow your partner to feel respected and understood. Questions like, “What did you mean by that?” and “Can you explain that more?” help make sure that your partner feels heard. But in order to understand them correctly, you have to listen carefully. Practice repeating back to them what you heard them say. It will prevent misunderstandings in the future.

Admit you were wrong

Don’t let your pride get in the way of admitting the role you played in the argument. Explain why you acted the way you did, admit your faults and express your regrets. No one ever wants to be the first person to admit they were wrong, but sometimes saying sorry doesn’t have to mean, “I’m wrong.” It can also mean, “I love you, and I don’t want to lose you.”

Sometimes we can make a mountain out of a molehill when we bring up past grievances. For example, sometimes we bicker about why he didn’t send me a goodnight text message. But then all of a sudden, we’re arguing about past mistakes, too. Forget about the past, and focus on the present. Nothing is ever gained from going back to a previous argument. Once you work through the problem, forget it. Close that chapter and focus on moving forward.

Aika is studying journalism at Polytechnic University of the Philippines. She writes about her life—and her long-distance relationship—on her website, memadamoiselle.wordpress.com.